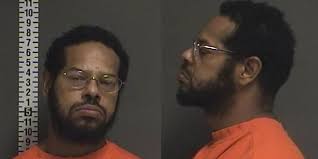 An intensive drug investigation that started in February has ended with the arrest of a Fargo man.

Police say they have tried to arrest Anderson multiple times over the past several weeks but were unsuccessful.

On Monday, police found Anderson at 1122 University Drive South and led to a short pursuit on foot.

He was arrested on multiple charges including delivery of meth and possession of heroin.

Additional charges and more arrests of others involved are possible as the investigation continues.