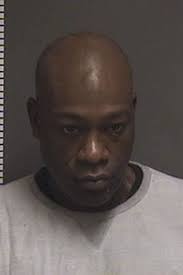 A Fargo Police officer on patrol appears at a gunshots scene at the 600 block of 23rd Street South on Sunday morning.

The officer on scene saw a gathering of individuals in the courtyard of the Arbors, located at 618 23rd Street South, when he heard gunshots.

The rifle possessed by Antoine was recovered.

No injuries have been reported.

Officers are still looking to identify a second suspect with a handgun involved in the incident.

You may also submit an anonymous tip online at www.fargopolice.com.