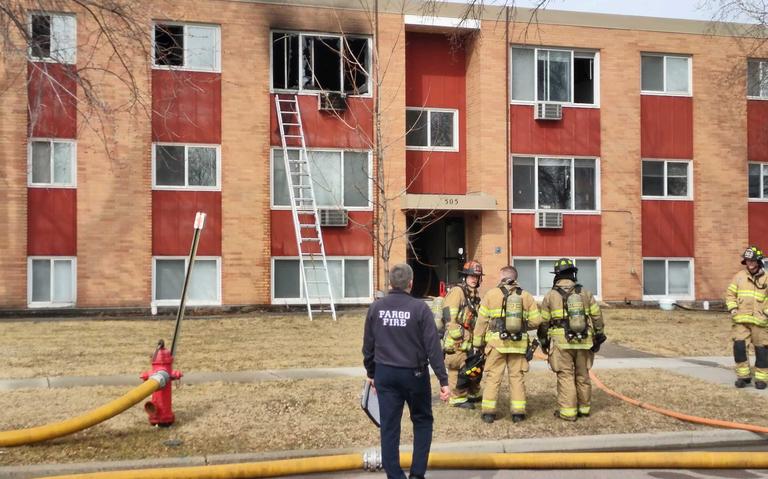 FARGO  — The Fargo Fire Department says a firefighter was transported to the hospital with minor injuries while responding to an apartment building fire at 2821 8th Street North.

Fire crews were called out at 11:57 a.m. Saturday. Upon arrival, they found the fire in a wall near the north entrance with smoke throughout the building.

Since the fire was burning in the wall and floor, crews had to remove the wall sheeting and flooring.

The fire was knocked down within 15 minutes.

The cost to repair the damage is initially estimated at $25,000.

People inside were evacuated during the fire but are back in their building now.