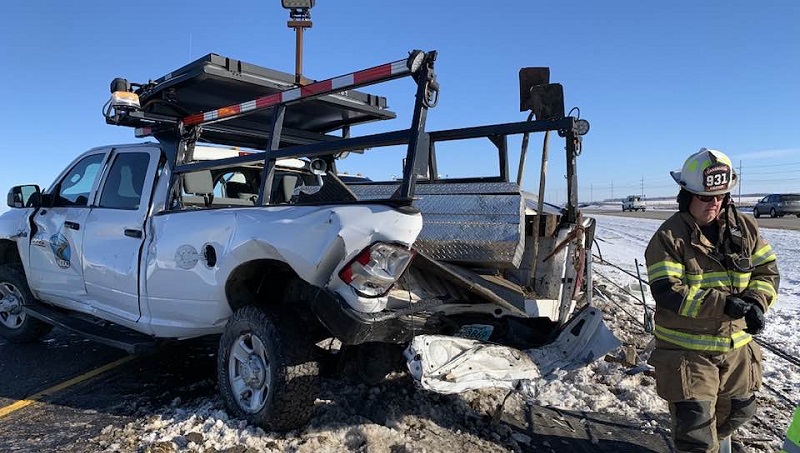 The NDHP reports that NDDOT began installing a cable median barrier on I-94 west around 1 p.m. on Wednesday.

Drivers were notified of the closure of the left westbound lane by posted signs.

To ensure the safety of the DOT workers, an additional truck equipped with an attenuator trailer and an arrow board blocked the left lane near the roadwork.

To warn drivers of the road work being done to the median barrier, a plow was equipped with an arrow board, and a DOP pickup was positioned in front of the plow with a second arrow board.

After colliding with the attenuator on the back of the plow, the Escalade continued westward and struck the DOT pickup in front of the plow.

One of the DOT employees was working on the cable median barrier when the Escalade veered into the median, pinning them against it.

The 46-year-old West Fargo man who was working for the DOT was pinned and severely injured.

A second DOT employee on the scene of the accident helped free him from the barricade, and he was taken to Sanford Medical Center.

The North Dakota Highway Patrol is still looking into the cause of this collision and whether any criminal charges are warranted.

Schools in North Dakota affected by the national driver shortage