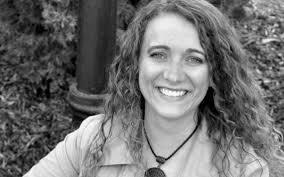 (Bismarck, ND) — We now know who is going to take the seat that expelled former North Dakota House Representative Luke Simons is leaving behind.

Secretary-Treasurer for the District 36 Republicans Dori Hauck is set to take the reigns, and could be sworn in as soon as Monday.

Hauck, a native of Richardton, was unanimously appointed to the seat by the District 36 Republicans’ executive committee.

She is a rancher, writer and music teacher.

Hauck takes the place of Simons, who was kicked out of Bismarck for allegedly threatening and sexually harassing female employees at the Capitol.

Chairman of the North Dakota Republican Party Rick Berg put out the following statement on the appointing of Hauck:

“I’d like to extend my sincere congratulations to Dori Hauck for being selected to fill the vacancy in District 36. We know she will bring outstanding conservative leadership to her constituents. Additionally, we stand in full support of the action our legislative leaders took to remove Rep. Simons from office. While we are all entitled to due process under the law, no one is entitled to hold public office, particularly when the detailed allegations against them have been credibly backed by fellow Republican legislators.”