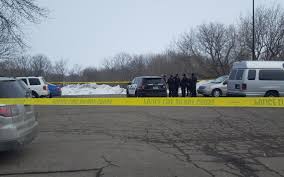 FARGO  – Fargo police say they do not consider the death of a man found behind M & H Convenience Store at 1602 Main Ave. suspicious.

An officer responded to a report of a disturbance shortly before 9 p.m. Wed.

The man was unresponsive. Firefighters did CPR, but the man was taken to a hospital where he died.

Police say there were other people in an alley nearby and the person who called about the disturbance was located.