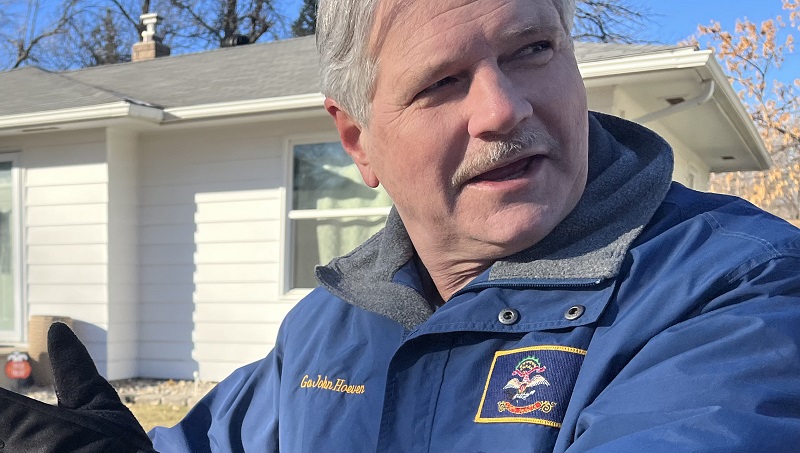 West Fargo, North Dakota – Before the general election on November 8th, North Dakota’s U.S. Senator and other legislative leaders are going door to door today to spread their campaign message.

On Saturday in West Fargo, Senator John Hoeven of the United States, Senators Judy Lee and Jim Jonas of North Dakota, and Representative Austin Schauer of that state were interacting with residents at 7th Ave W and Elm Street. In their respective districts, Lee, Jonas, and Schauer are running in opposition. Democratic candidate Katrina Christiansen and Independent Rick Becker are running against Hoeven.

“We’re out here with our great legislators, and we are going to do a little door-to-door, “said Hoeven, “It’s an honor and a privilege to serve. We love this, we like getting out and talking to people.”

Hoeven opposed the Biden administration on a number of issues, but his criticism of them on their energy policies was the strongest. He claims that the present administration is attempting to “handcuff” the energy sector in North Dakota and the rest of the country, which directly affects the state’s citizens.

“He’s holding up leases on federal lands, both onshore and off, and then he says ‘oh, well you have leases, the company should produce the leases they have’, but they can’t because he is holding up the permits,” said Hoeven, “He won’t give us the permits, and when we get the permits, we’re held up in court.” Election Day happens on November 8th.