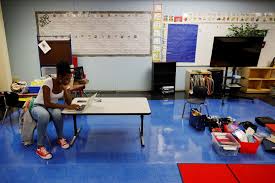 CHICAGO – Four U.S. states reported a record one-day increase in COVID-19 deaths on Wednesday including Wisconsin, a hotly contested state in the Nov. 3 election, according to a Reuters analysis, as infections kept rising across the Midwest and beyond.

Coronavirus deaths hit daily records in Iowa, Minnesota, Montana and Wisconsin, according to a Reuters analysis. Wisconsin also reported a record daily increase in new cases together with Illinois and Ohio, the analysis showed.

Sixty-six people succumbed to the coronavirus in Illinois, where Governor JB Pritzker imposed fresh restrictions in some counties this week, the state’s highest single-day increase since mid-June.

The coronavirus pandemic has killed more than 221,000 people in the United States and thrown millions out of work. President Donald Trump has eschewed social distancing policies at his rallies and White House events and shrugged off the need for masks. Polls show his handling of the pandemic has hurt his re-election prospects.

On Wednesday, Wisconsin Governor Tony Evers said 48 people had died from the virus as he announced that a week-old field hospital in the Milwaukee suburbs has admitted its first patient.

“Folks, please stay home,” Evers said in a statement on Wednesday. “Help us protect our communities from this highly-contagious virus and avoid further strain on our hospitals.”

Nationally, cases have been trending higher for five weeks, rising to 60,000 on average over the past seven days from a recent low of 35,000 a day in mid-September.

The rise in new inflections partly reflects stepped-up testing in many states, which has provided a more accurate picture of the spread of the virus.

The United States has averaged 734 daily coronavirus deaths over the past seven days, still well below the 2,333 average at the height of the pandemic in April.

The latest outbreak on a per capita-basis is most severe in the Midwest, where daily case counts hit a record on Monday with over 27,000 new infections reported.

Midwest hospitalizations climbed to 10,830 on Tuesday, hitting a record high for a fifth day in a row and raising fears that medical centers could become overwhelmed like in the early months of the pandemic in the U.S. Northeast.

SCHOOLS IN THE CROSSHAIRS

Outside the Midwest, other states worked to stamp out smaller outbreaks of a virus that shows little sign of letting up almost a year into the pandemic.

In Boston, public school students will shift to remote learning beginning Thursday due to a rising infection rate in the city that was hit hard during the spring.

Boston, which serves more than 55,000 pre-K through grade 12 students, allowed some pupils with the highest needs back to the classroom on Oct. 1 after starting remote learning on Sept. 21.

But city officials decided to go back to fully remote education after confirmed positive cases there increased for two weeks.

The new data “shows that we are trending in the wrong direction,” Boston Mayor Martin Walsh said in a statement.

Massachusetts averaged more than 700 new cases a day over the last seven days, its highest seven-day average since late May, according to a Reuters analysis. However, only 1% of tests were coming back positive, one of the lowest levels in the country. The disparity suggests that the state is catching new outbreaks quickly, keeping the number of infections under control.

School districts across the United States have been grappling with reopening plans during the coronavirus pandemic.

In New York City, home to the nation’s largest public school system, officials ordered some schools to revert to remote learning earlier this month after infections spiked in a few areas.

New York Governor Andrew Cuomo eased restrictions imposed in some cluster zones in the city’s Queens borough, saying the outbreak there had eased. The move allowed schools in those areas to reopen but with rigorous weekly testing.

In Los Angeles, the second-largest school district in the country, schools remain closed for in-person education for most students.