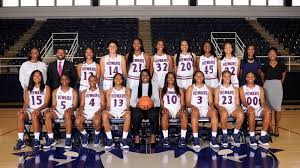 The Herd are back to relevancy in the Summit League

For the first time in eight years, the NDSU women’s basketball team has been picked to finish fifth place or higher in the preseason poll. The herd was indeed selected to finish fifth in last Wednesday’s poll.

After years of living near the Summit League cellar, the arrow is pointed up for the women’s team. Part of this is the team is returning three of their leading scorers from the 2019 season. Senior’s Michelle Gaislerova and Emily Dietz (who else led the team in rebounds last season) will be back along with young Sophomore Ryan Cobbins.

The Herd’s success could be greatly affected by their two transfer students. Marie Olson from SMU, and Heaven Hamling from Stephen F. Austin are finally eligible to play after sitting out last season.

The blend of senior leadership and young talent could make the Bison dark horse contenders in the Summit League.

If the Bison are to take the next the step, they will have to find a way to get past either of the two schools from South Dakota. The defending champs USD along with SDSU have won 10 of the last 11 tournament championships.

As far as when the herd’s schedule, we know who they play (sort of) and know when they play (double sort of).

What we know is the Bison will begin playing in Lawrence and they head to Kansas to play the Jayhawks. KU’s women’s team is projected to finish at the bottom of the Big 12 next season, so starting the season off with a victory against an FBS opponent may be in the cards. The game is slated to be placed Dec. 21.

As for conference play goes, a tentative plan is in place. The herd is slated to play a 16 game schedule, playing each team in the conference twice. Both games against a single opponent will be on back-to-back days.

The full schedule is still set to be released, but considering the year is still 2020 anything can happen.