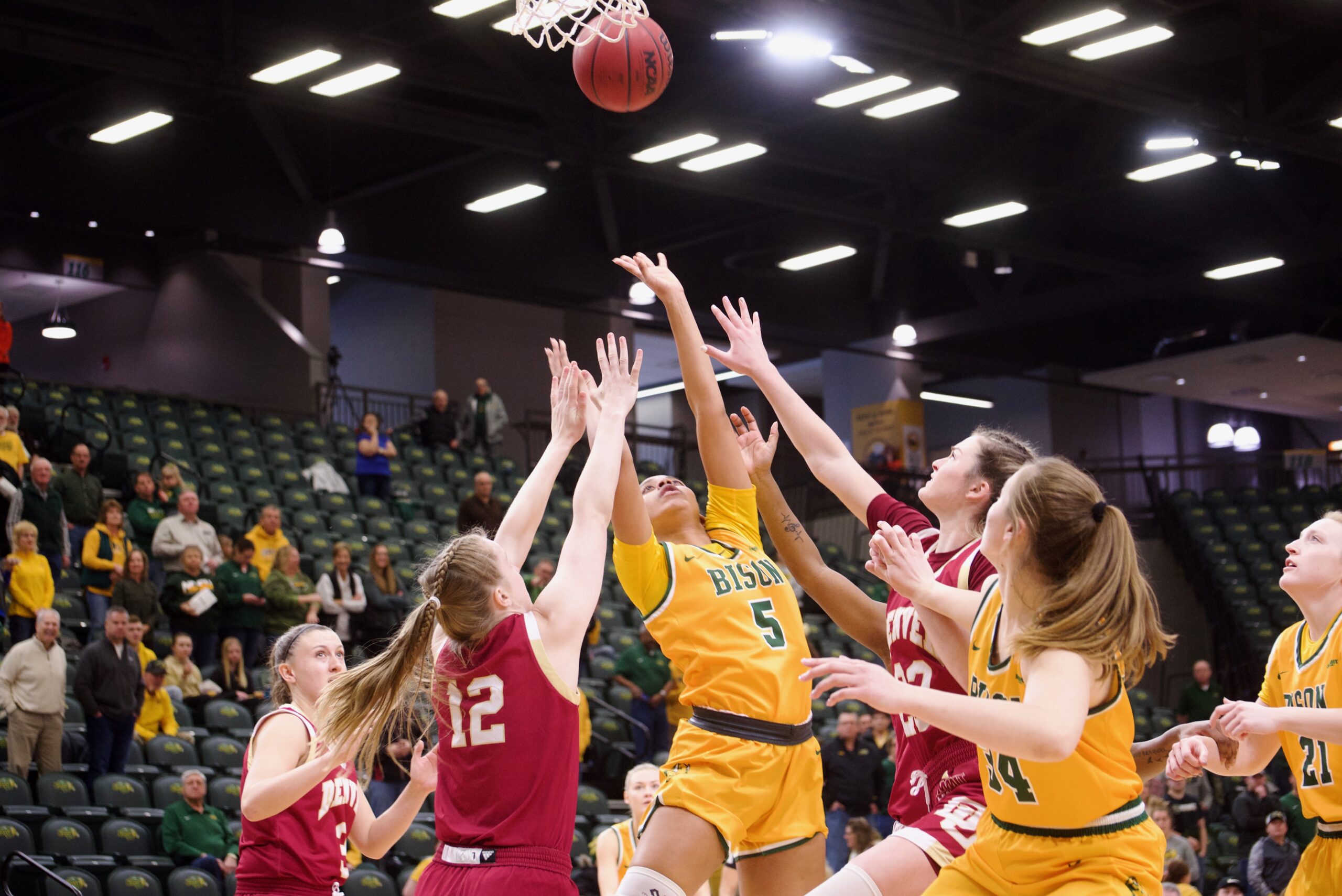 The WBB season tips off tonight at the SHAC

The NDSU women’s basketball team is officially back tonight. The Bison make their debut tonight at the SHAC against the University of Northern Iowa at 7 p.m.

The game is the first of a three game homestand for the Bison that begins their season. The herd takes on Green Bay on back to back days at the SHAC, the first game coming on Saturday.

If the Bison hope to start season off on a positive note they will have to redeem their 32 point loss to UNI in the season opener last season. The Bison also have some historical UNI demons to exorcize as NDSU has won just one of seven meetings against Northern Iowa.

The Panthers come into the matchup with a win and a loss already under their belt. UNI dropped their opening game to Iowa before beating Creighton at home last Saturday.

Jory Collins enters his second season as head coach with the program pointed back in the right direction. The Bison finished sixth in the Summit League in 2019, their best finish in six years. The Herd was also able to pick up their first conference tournament win in over a decade last season.

Emily Dietz and Michelle Gaislerova are returning as senior starters, with sophomore Ryan Cobbins primed for an expanded offensive roll. The Herd’s blend of experience and youth should help keep the Bison competitive once conference play begins.

As for Bison fans…well they will need to stay patient. The only fans permitted into the SHAC for the first three home games for Bison will be family members of the players. The tentative plan is for the allowance of up to 1,000 fans at games beginning on Dec. 16 when the herd plays UND.