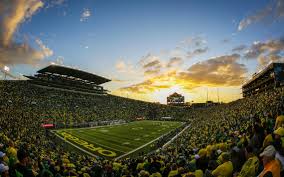 N.D.  – Thursday we told you it was going to happen this week and today it did.

The PAC-12 announced it will have a conference-only football schedule this fall, eliminating the University of Oregon’s season opener against North Dakota State.

The decision cancels the Sept. 5 game the Bison had scheduled in Eugene, Oregon.

NDSU Athletic Director Matt Larsen told Beth Hoole of our Fargo station KVLY: “Just disappointed. For our players and fans. Everyone has been looking forward to this game since the contract was signed and it’s just disappointing.”

North Dakota State not only lost it chance to play the defending PAC-12 champion, the Bison were scheduled to make $650,000.

NDSU not playing football this fall