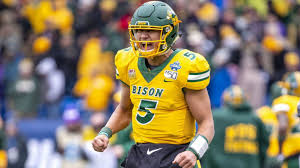 It’s a clash of the Dakotas in Sioux Falls

A rivalry game is always an exciting one. The NDSU men’s basketball team will get to play three of these rivalry games in one weekend. The Bison will play South Dakota State, South Dakota and North Dakota all as part of the CU Mortgage Direct Dakota Showcase. All three games will be played at a neutral court in Sioux Falls, SD.

The first game will come against South Dakota State on Thursday at 8 p.m. This will be the 226th meeting for the two, with the Bison leading the all-time record 118-107. The lead has been closing though in recent years. SDSU has won six of the last seven matchups with NDSU winning the most recent one.

NDSU won the last game in an epic showdown for the books. They won 71-69 in overtime at the end of the season to win the conference.

The second game is against South Dakota on Friday at 8 p.m. This will be the 180th meeting for the two. The Bison also lead the all-time record against the Coyotes, 98-81. NDSU won the last matchup 98-81 and have had a lot of success in the D1 era. The Bison lead it 13-5.

The SDSU Jackrabbits will be the toughest matchup of the weekend. The rivalry has been a tough one in recent years, and the two have been duking it out for the top spot in the Summit League. Both teams graduated quite a few stars since last season, so it’ll be interesting to see how the younger guys stack up. It could give a nice glimpse into what the rivalry will look like over the next few years.

While the Bison’s 0-4 start to the season is not ideal, the Herd’s record should be taken with a grain of salt.

Nevada, Nebraska, #11 Creighton and #7 Kansas were the competitors. Surprisingly, the game NDSU came the closest in was against the Kansas Jayhawks. The Bison only lost by four, giving up a lead in the final minutes.

NDSU lost a lot of stars last year, and it was tough for fans not to see them get their chance in the March Madness tournament. It would have been their second time there in two years. Hopefully, for NDSU, the younger Bison picked up a few tricks on the way and can repeat their success for another year.