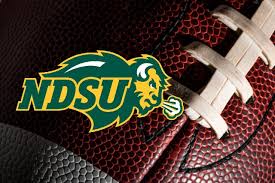 Trailing after three quarters for the first time in nearly two years, North Dakota State went ahead 32-28 with 7:35 left to play on Luepke’s 23-yard reception from Trey Lance.

The Bison forced a three-and-out on defense and then marched 67 yards in nine plays capped by Luepke’s 13-yard rush to make it a two-possession game.

Cornerback Jayden Price made his first career interception with 1:17 left to seal the victory for North Dakota State, which extended its winning streak to 38 straight games. Central Arkansas dipped to 2-2 on the season.The game was played in front of 471 friends and family of the participating teams due to the coronavirus pandemic.

Lance finished 15 of 30 passing for 149 yards and two touchdowns while rushing 15 times for a game-high 143 yards and two scores. His longest run was a 54-yard touchdown on the second play of the third quarter that gave North Dakota State its biggest lead of the day after a two-point conversion run by James Kaczor, 18-6. Kaczor made a game-high 11 tackles for NDSU and fellow linebacker Jackson Hankey made eight stops. Safety Dawson Weber made his first career interception for the Bison.

Radunz, who announced this fall his intent to opt out of NDSU’s spring season and train for the NFL after graduation this December, was surprised in the postgame locker room by an announcement from head coach Matt Entz, who presented Radunz with his invitation to the Reese’s Senior Bowl. Radunz was the first player invited to January’s college all-star game.

NDSU rushed for 275 yards in the game led by Lance and junior Seth Wilson, who rushed seven times for 55 yards after missing the entire 2019 season with a knee injury.

Freshman wide receiver Braylon Henderson led the Bison with three receptions for 36 yards and tight end Josh Babicz had three catches for 35 yards including a 13-yard TD in the second quarter as the Bison erased a 6-0 deficit.

Central Arkansas quarterback Breylin Smith went 25-for-38 passing for 226 yards and three touchdowns while also rushing for a team-high 34 yards on 10 carries. Lujuan Winningham made four receptions for 55 yards and two scores for the Bears.