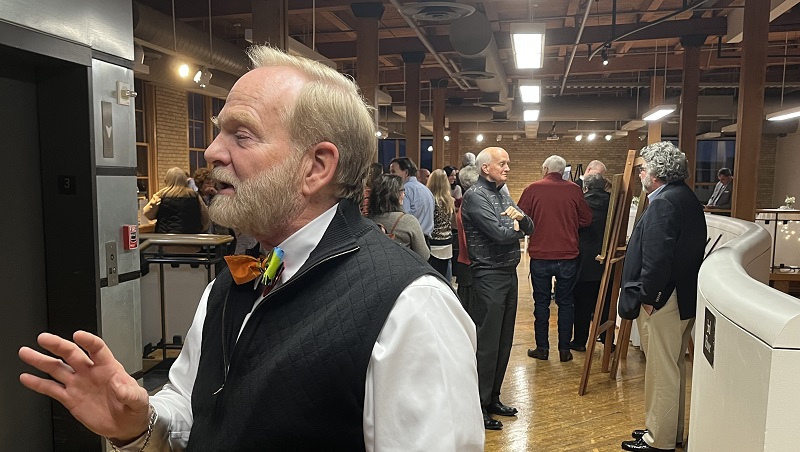 Fargo, North Dakota – Despite coming from a family of lawyers, Birch Burdick claimed he never intended to work in the legal field.

Prior to working for roughly 12 years in nuclear engineering, he originally majored in mathematics.

But he claimed that his decision to live close to his parents was what ultimately led him to become the state’s attorney for Cass County for 24 years.

The 67-year-old described his legal career, which he started following his initial election in 1998, as being relevant. On Friday, December 30, Burdick announced his retirement after opting against seeking a seventh term.

“There are a lot of people who do things they don’t really enjoy,” he said. “For all of my engineering years, and certainly for all of my years here, I have looked forward to going to work in the morning. I realized I’m lucky that way.”

Jocelyn Burdick, who was chosen in 1992 to complete her late husband’s term as senator after his death, and U.S. Sen. Quentin Burdick, D-North Dakota, were the parents of Burdick.

When his son was young, Quentin Burdick advised against switching from well-paying engineering to a career in law. The senator had a sneaking suspicion that individuals would enter his son’s office, make up a tale to make him feel bad, and then ask for assistance.

“My father was right about that,” the prosecutor said. “At times, it can be hard because people are going to have a cause that you think that you should take up, but in the end, they can’t pay.”

Birch Burdick still completed his legal education, served as a prosecutor for the City of Minneapolis, and returned to Fargo in 1994 to start a solo practice. He won his bid for state’s attorney four years later.

The prosecutor claimed to have a fondness for the Fargo region. When he was elected more than 20 years ago, Burdick claimed he had no idea he would work as a state’s attorney for the rest of his professional life.

He adds that he doesn’t consider himself to be a politician and that he dislikes talking about himself. Before Burdick was elected, Connie Cleveland, an associate state’s attorney, began her career in Cass County.