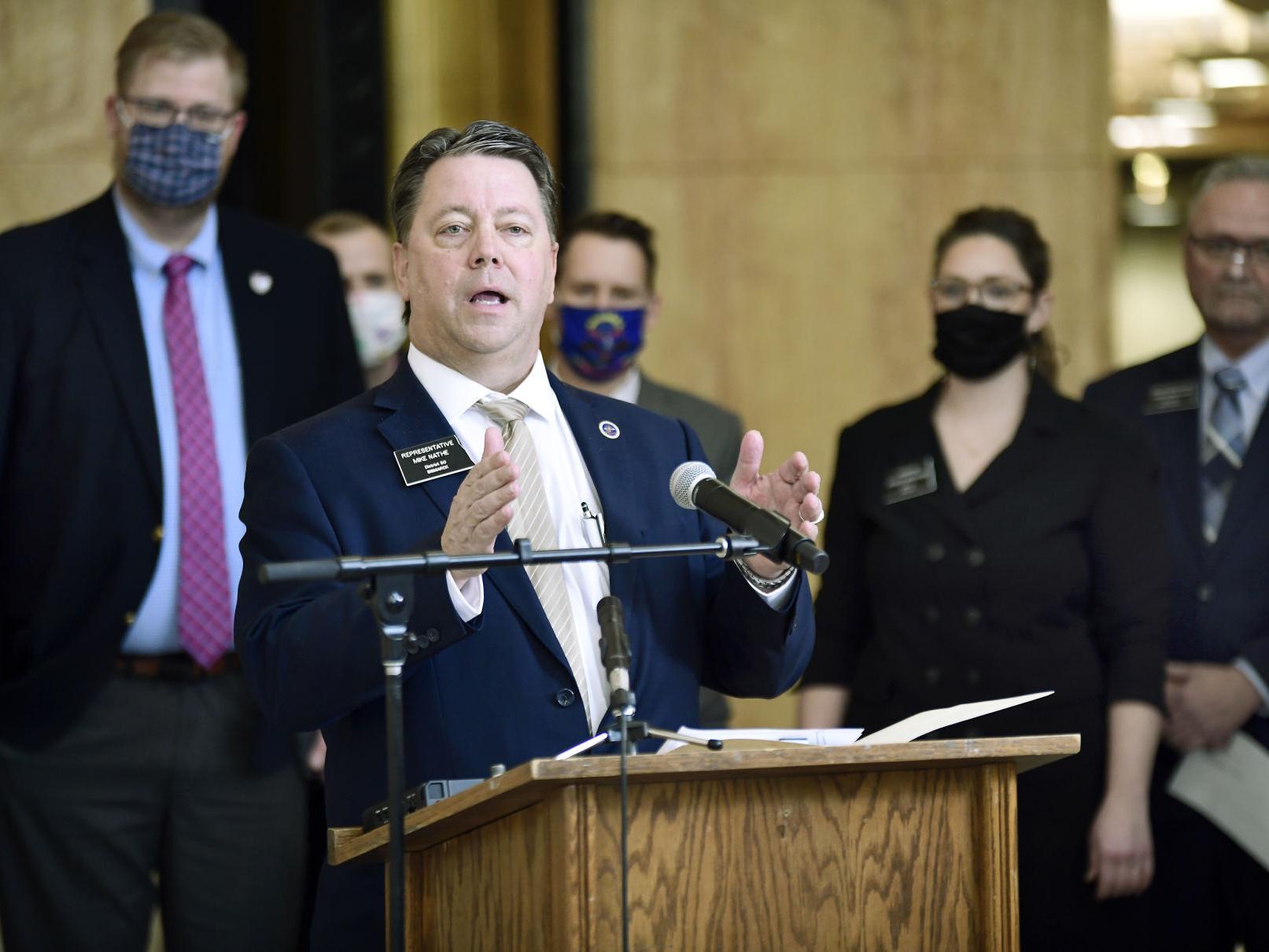 The legislation unveiled Tuesday by Republican lawmakers would tap 20% of the money coming into the Legacy Fund primarily for investments within the state. It’s the latest attempt to use the voter-approved fund as a source of money to help finance expensive infrastructure projects as state’s oil-driven economy declines.

GOP Rep. Mike Nathe, a Bismarck funeral home owner and the bill’s primary sponsor, said only about 1% of the Legacy Fund’s principal is invested in North Dakota at present.

“It’s always great to invest in North Dakota and ourselves and this bill reflects that,” Nathe said in an interview.

Earnings from investments would be used to establish a revolving loan fund. Loans from the fund would have an interests rate of less than 2% percent interest. They would be administered by the state-owned Bank of North Dakota for projects such as flood protection and water systems. Cities, counties and other political subdivisions such as townships would be eligible for some loans.

In 2010, North Dakota voters endorsed a constitutional amendment that requires setting aside 30 percent of state tax revenues on oil and natural gas production in the Legacy Fund, which is now valued at $7.89 billion. It’s expected to earn about $500 million in the next two-year budget cycle.

The most recent deposit into the fund was $29.6 million in December.

The fund’s principal has not been seriously targeted, but lawmakers have spent $455 million from the earnings since 2017, mainly to balance the state budget that has more than doubled in the past decade.

Currently, a two-thirds vote of the North Dakota House and Senate is needed to spend any of the fund’s principal. A state attorney general’s opinion said that voting threshold does not apply to fund’s investments, Nathe said.

“We’re not spending the principal,” Nathe said. “These are investments.”

A decade ago, revenue from the fund was parked mostly in short-term, low-risk and low-return U.S bonds, guaranteed by government agencies. But annual earnings from the fund barely kept pace with inflation.

The State Investment Board now invests the Legacy Fund money in a broad range of assets, including stocks, bonds and real estate, averaging a return of about 6%. The board also supervises the Retirement and Investment Office and oversees state and local government employee pension funds. The board also supervises a separate “rainy day” fund, called the Budget Stabilization Fund, that holds almost $750 million.

“We have investments all over the world and we have virtually nothing here in North Dakota,” Nathe said of the Legacy Fund investments.

North Dakota Insurance Commissioner Jon Godfread, who sits on the 12-member investment board, said the panel, which meets later this month, has not yet discussed the bill.