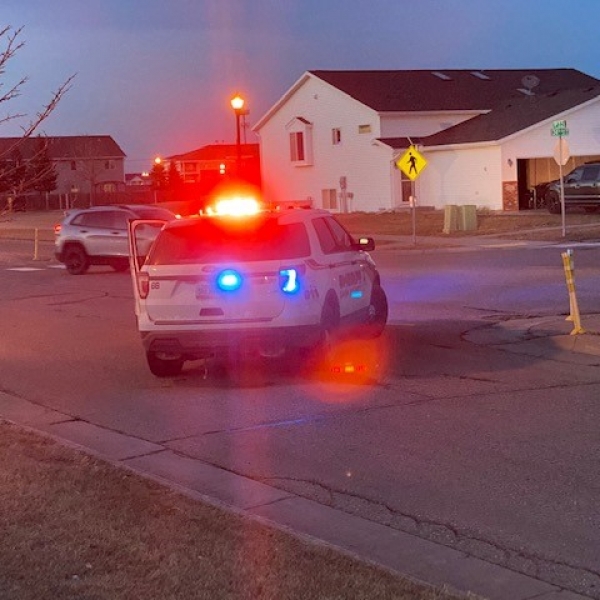 WEST FARGO, N.D.  – Two people are under arrest after a shooting last night that injured an innocent juvenile.

It put a West Fargo neighborhood on lockdown.

At Monday evening in the West Fargo police department responded to a shooting on the crossroads of 9th street West and Parkway drive.

“The shooting occurred after CJ Jesse James Carruthers, a 19 year old male and one 17 year old juvenile male exited a residence on parkway drive and attempted to rob the driver of a dark colored vehicle they had called to the location, ” West Fargo Police Chief  Denis Otterness said.

According to Otterness, both groups began shooting during the attempted robbery when a stray bullet struck a nearby home and hit a juvenile victim in the head.

That victim was transported to a local hospital nearby where they remain in stable condition.

Shortly after, officers were able to locate Carruthers and the 17-year-old male near the scene of the incident.

“Carruthers and the juvenile male were arrested for reckless endangerment with a firearm, robbery and discharge of a firearm within city limits,” said Otterness.

With arrests made, officers are still investigating and looking for the public’s help.

Otterness says this incident has no relation to Sunday night’s shooting in West Fargo where another juvenile was shot and is expected to survive.