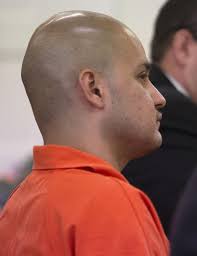 FARGO, N.D. -A North Dakota Highway Patrol trooper was struck by a suspect wanted in a high-speed pursuit in Fargo.

Patrol Captain Bryan Niewind says shortly before 8:30 p.m. Wednesday, a state trooper attempted a traffic stop on I-94 on an SUV for going 95 mph in a 55 mph zone. The driver then sped up to 105 mph and fled west on the interstate, exiting onto 45th Street South and headed north nearly colliding with several other vehicles. The trooper then discontinued the pursuit for safety reasons.

Andrew Booth, 26, of Fargo, was arrested for attempted murder and reckless endangerment and fleeing.

The trooper was treated and released from a Fargo hospital.