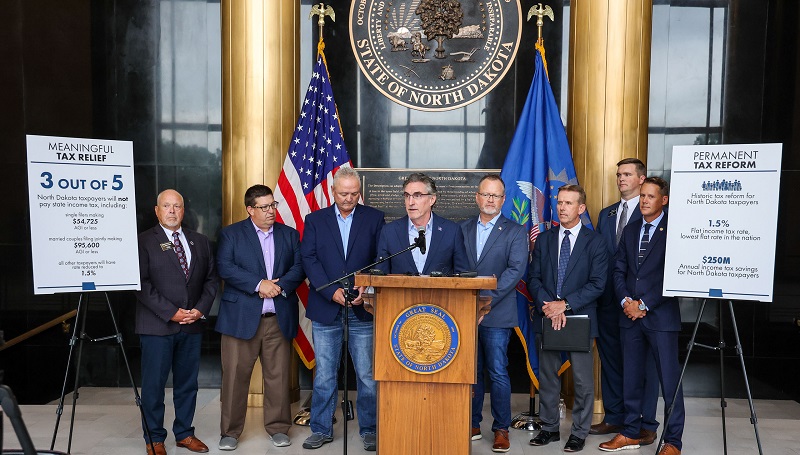 Fargo, North Dakota – Representative Craig Headland of North Dakota is promoting a plan that would make higher earnings subject to a flat tax on state income while completely eliminating income tax for those who live there.

“We have excess dollars we’ve collected and the first thing that we should do is prioritize those dollars and find a mechanism to share that excess revenue with the taxpayers,” said Headland, who serves as chairman of the House Finance and Taxation Committee.

The committee heard Headland’s measure on Wednesday. If passed, the plan would abolish the personal income tax for married couples making $74,750 or less annually and for single filers making $44,725 or less annually. A flat tax of 1.5% would be applied to those who earn more. The plan, according to Governor Burgum, would save North Dakotans $250 million annually.

According to Headland, three-fifths of taxpayers would not be required to pay state income taxes under the proposed legislation, and a flat tax would ease the state’s labor crisis.

“We’re struggling for workers here in the state of North Dakota and there are people that are looking to move out of the high tax states. Taxes are a way that states incentivize people to take a look at them,” said Headland.