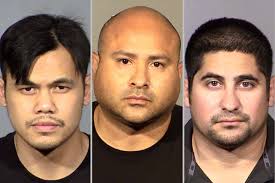 Fargo, N.D.  – The Fargo Police Department announced today that 3 adult males have been arrested for trying to have sex with a minor.

Here is a portion of the news release from Fargo Police:

On July 23, the Fargo Police Department, in conjunction with the North Dakota Human Trafficking Task Force, conducted an undercover operation targeting people who wanted to engage in sexual activity with children. Ads were placed on several websites commonly used to solicit commercial sex, and over 60 people responded to those ads during a 6-hour period. Three males were arrested after taking substantial steps to meet with a minor for sex at a local hotel:

Christopher Dane Daggett, 26 years old, Moorhead (No mugshot available at the time of this post)

All three males were arrested for the offense Patronizing a Minor for Commercial Sexual Activity (NDCC 12.1-41-06), Class A Felony.